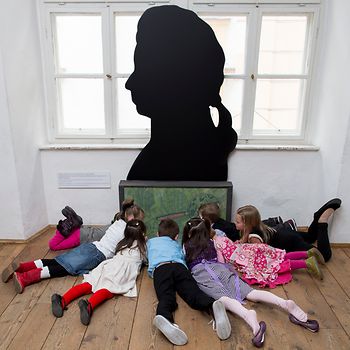 Visit Amadeus in his generous seven-bedroom apartment right behind St. Stephen's Cathedral: at the Mozarthaus Vienna, visitors of all ages can learn interesting facts about the famous composer and his family.

The Mozarthaus Vienna is a place where you can experience the world of Mozart, with the historic Mozart apartment on the second floor at its center. Between 1784 and 1787, Wolfgang Amadé Mozart lived a luxurious life with his family in four large rooms, two smaller rooms, and a kitchen. As a man of society, he hosted many lively parties here. He also composed his world-famous opera Le Nozze di Figaro (The Marriage of Figaro) here.

Mozart's music is illuminated on the third floor; you can, for example see a 3D installation of the Magic Flute. The city of Vienna during Mozart's time is the topic of the fourth floor, including his connection to the secret society of the Freemasons.

For the offspring there is a children's audio guide in eight languages free of charge.

Treat your family to a tour of the cathedral, Austria's most celebrated Gothic building.