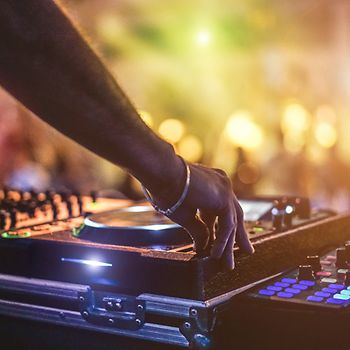 Not a weekend goes by in Vienna without a megaparty. A lot happens on Vienna’sLGBT scene - from the techno party in the trendy industrial location to the disco, pop or house event in the city’s hip clubs.

The Why Not opens its doors each Friday and Saturday. The relatively small downtown gay club has been around for many years. It still busts out of its seams each weekend. Expect a hot night on the dance floor where all the popular house and dance hits are playing. www.why-not.at

"Occident meets Orient and Poland is there too", is how organiser, Sabrina Andersrum, sums up her monthly Balkan clubbing BallCanCan. The criss-cross mixture of guests dance to Balkan-Pop and Turbo-Folk. www.facebook.com/BallCanCan

Vienna has its first Bear & Butch club in the form of the Pitbull. Since its opening in 2009, the Pitbull team has provided sweat-producing beats for that pure testosterone rush. www.pitbull-clubbing.at

Replay is the name of the party held once a month at the Opera Club Vienna. International and Austrian DJs get the keen party-goers buzzing. www.facebook.com/replay.party.vienna

G.Spot. The monthly party, perhaps the most iconic there is, is aimed at lesbians as well as gays, and offers changing aspects of electronic music plus a contrasting musical program on two floors. www.gspot.at

Ü-30 powered by g.spot is the exclusive event for LGBT people over 30. Musically, it takes guests on a journey through time through all genres. Already legendary is the "LES – QUIZ: meet, play, win" for singles to get to know each other, have fun and win. www.gspot.at

The Circus is a huge gay spectacle that is held at irregular intervals (twice to four times per year) in the Arena Wien. International top DJs and spectacular shows attract the party animals. www.thecircus.at

Unfortunately, the Kibbutz Klub is only held infrequently: organized by the "QueerHebrews", everyone is welcome here – whether lesbian, gay, transsexual, hetero, hipster, Jewish, non-Jewish, local or immigrant. Guests dance to Israeli music and Eurotrash. www.facebook.com/KibbutzKlub

More party tips and clubs in the Vienna LGBT Guide

Located directly on Praterstern, the Fluc has been the main driving force behind the renaissance of nightlife in Vienna’s second district.

A relaxed club with lots of living room atmosphere for followers of hip-hop in all its forms.

The city’s most legendary disco, whose illustrious past with concerts by Grace Jones, Nirvana and Prince can still be sensed. The best-known...