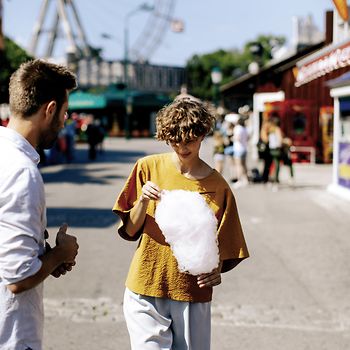 The 11 most unusual smells in Vienna

Vienna is not only a city that you have to have seen. You also have to smell Vienna. Did you know that it doesn't just smell of schnitzel and coffee here, but also of Las Vegas, exotic animals, and in some places even as it did at the time of the emperor? Accompany us on a fragrance tour of the city.

St. Stephen's Cathedral is Vienna's best known symbol. Noticeable upon entering the building is not only the Baroque splendor, but also the typical aroma of incense and candle wax.

The Wurstelprater is not only the dream of every child. Adults also delight in the roller coasters. However, the sweet cotton candy, the langos (fried Hungarian bread), and the famous pork knuckle at the Schweizerhaus are best enjoyed only after the high-speed rides.

Horses have always been a part of Vienna's cityscape; you can see, hear, and smell them above all in the city center. With a little luck, you'll be able to see the groomed Lipizzaners of the Spanish Riding School in their stables. The horse-drawn carriages often cross our path and contribute to the unique aroma – erm, charm – of the city.

Who doesn't love the smell of old books – because it whispers a feeling of nostalgia. Thousands of volumes from centuries past are kept in the Austrian National Library.

The Capuchin Crypt obviously doesn't smell of the bones of former rulers, although it does have its very own smell of cold walls and sealed caskets.

The aroma of wafers coming from the Manner factory in the 16th district is perhaps the best by-product you can imagine. Depending on the weather, you can even smell it in the Vienna Woods.

A perfume as at the time of the emperor: at the imperial and royal court purveyor J.B. Filz, a fragrance of long ago is still available – the recipe of the lavender water dates to the year 1892.

Over 400 types of rose with quirky names like Las Vegas or Countess Diana blossom in the rose garden of the Volksgarten from the middle of May and exude an unbelievable fragrance.

Nowhere in Vienna can so many smells be found at once as on the city's many markets. There's another fragrance wherever you turn: fruit and vegetables, exotic spices, delicious cheese, and freshly caught fish.

Some say: "The smell is strongest in the elephant house at Schönbrunn Zoo" and for others, the hippos are clearly out in front in terms of stink. For us, they both share first place – what do you think?

Vienna's oldest brewery offers guided tours into its interior. The Ottakringer Brewery is situated in the 16th district; the exact location is given away by the strong smell of brewing. So always follow your nose!

Also learn about Vienna's aromas on an aroma walk in our ivie app! – Download for free today: