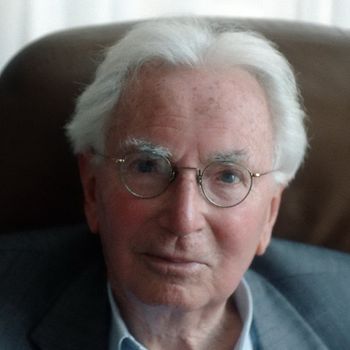 Behind every crisis is an opportunity

The theory of meaning of the neurologist and psychiatrist Viktor E. Frankl is currently more topical than ever. Frankl's ideas and his life-affirming attitude are intended to bolster the individual in times of crisis.

Viktor E. Frankl, the founder of logotherapy based on existential analysis, would have celebrate his 115th birthday on March 26, 2020. His theory is specially relevant in these times of crisis. During his lifetime, the Viennese neurologist and psychiatrist (1905-1997) was preoccupied with the meaning of life. Frankl himself survived incarceration in several concentration camps. His wife, parents, and brother did not survive.

Following his release from concentration camp in 1945, Frankl was left with nothing. And despite tremendous misfortunes, he always believed that every person could live a life "filled with meaning". Viktor E. Frankl spoke about his personal zero hour in a talk in 1992:

"Many of us were literally left with nothing, in all sorts of ways. However, this nothingness was not merely the lack, the absence of satisfying reality, it simultaneously contained a wealth of possibilities for dealing with the given reality in a new way. Above all, there was the blessed feeling of having been given freedom of choice again, in other words, to make choices under the newly available possibilities."

Frankl founded his theory of meaning in the 1930s, but it had even greater significance after 1945 – for him personally, too. After returning from concentration camp, he very quickly wrote the book "Man's Search for Meaning", millions of copies of which have been published, making it one of the most important books in history, particularly in the USA. Frankl's aim was to convey the message that a meaningful and life-affirming life is possible despite the most adverse circumstances. He appealed to people to embrace the new and to shape it with creativity and responsibility. And to do so more than ever in times of crisis.

Alongside Sigmund Freud and Alfred Adler, Viktor Frankl is considered to be a founder of the third school of Viennese psychotherapy. His logotherapy developed on the basis of existential analysis is used and acknowledged around the world. The Viktor Frankl Museum in Vienna offers an insight into his life and teachings.