Whether on cold days of after playing sports: Vienna's gay saunas are the ideal relaxation zones.

At the top of the list, the Kaiserbründl Men's Sauna is a permanent feature on Vienna's gay scene: the building in the city center is noted not only for its large wellness area and regular events. Things got pretty hot here even during imperial times: Archduke Ludwig Viktor, known simply as "Luziwuzi" by the gay smart set at the turn of the 20th century, is alleged to have got too close to an officer here, earning him a slap in the face. What was particularly racy about this occurrence is the fact that "Luziwuzi" was the youngest brother of the ultra-conservative Emperor Franz Joseph. Today, the Kaiserbründl offers a sauna, biosauna, steam room, massages, solarium and dining over three floors.

In the heart of the 8th district, right below Pension Wild, the Sportsauna opens its doors daily. A young crowd in particular relaxes here in the steam room, the Finnish sauna or the solarium. Practical: on the weekend, the Sportsauna is open right through from 3.00 pm on Friday to 11.59 pm on Sunday.

The Apollo City Sauna has been a meeting point of the gay sauna community for 23 years. Located in the 7th district, its attractions include themed days (e.g. Partner Day on Monday) and a swimming pool. And right opposite the legendary trendy restaurant Motto, the Römersauna attracts with themed infusions, opulent Roman feasts and special partner days.

Applicable to all of Vienna's gay saunas: prostitution is strictly forbidden. 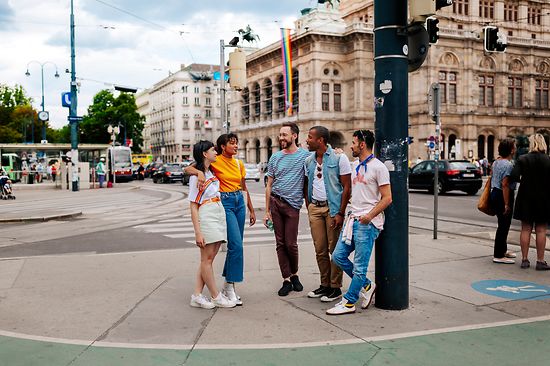