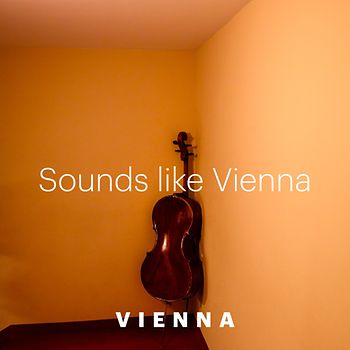 "Jö schau!" Did you know that there are more than 3,000 songs about Vienna? Hardly any other city has been sung about as often as "Ganz Wien" (All Vienna). Here comes "Vienna calling" with a good shot of "Wiener Blut" in the luggage.

We're delighted that you are listening to us today. For in the world capital of music, not only is there much to see but also lots to listen to. Often sung about and idolized in the highest tones, Vienna has regularly featured in the worldwide charts over the past decades. Austrian and international stars alike are fascinated by the city "An der schönen blauen Donau" (On the beautiful Blue Danube), as the composer Johann Strauss Jr. immortalized Vienna in his Blue Danube Waltz back in 1867 – a permanent feature of the annual New Year's Concert by the Vienna Philharmonic.

Vienna – that sounds like Georg Danzer, like Helmut Qualtinger and, of course, like Falco. But have you ever heard about Asmahan, the Syrian Druze princess and femme fatale? In the 1940s, she wrote a declaration of love to Vienna with "Layali El Ouns fi Vienna". She sings about and celebrates Vienna as a city of youth and beauty for more than eleven minutes. Two of the Beatles also sang about Vienna. Sorry, only allegedly. Because the song "Goodnight Vienna" isn't actually about Vienna. At the time, the expression "Goodnight Vienna" was used as a synonym for an evening that had reached an excessive conclusion. But that makes sense, because it's always been possible to party well in Vienna. Not for nothing did Rainhard Fendrich write at the time "Have you ever seen Vienna by night? Have you ever experienced that?". In the 1990s, the DJ duo Kruder & Dorfmeister also contributed to the Viennese club scene and introduced the "Viennese Sound" to the world.

Fancy even more songs about Vienna? Go to our Spotify playlist Sounds like Vienna here – because "Vienna waits for you". At least that what Billy Joel sings.

It is one of the best orchestras in the world; many think it is the best: the Vienna Philharmonic. It acts as ambassador of Viennese music around...

Particularly worth recommending for your first dip into the world of classical music are the almost daily performances by Vienna’s concert series...

The Viennese downbeat legends are surprisingly announcing their return to the world of electronic music with a joint album. The album entitled...