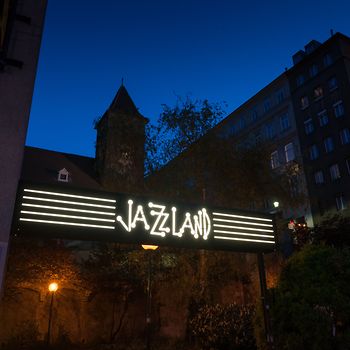 Vienna is a good place to enjoy jazz in all its variety. Besides festivals such as the Vienna Jazz Fest, which is known far beyond the borders of Austria and even takes to the stage in the State Opera, there are numerous clubs in which the heart of jazz and blues beats jauntily.

IG Jazz was created by several clubs in order to enable better communication with the fans. There are now nine venues in which the flag of jazz and blues is held pointedly high. Right across the city, there is always a good spot to be found in the vicinity, celebrating the right sound. Besides the generously laid out Reigen with its exemplary cuisine, the varied choice of venues such as Tunnel, Davis, Sargfabrik, Blue Tomato, Miles Smiles, Zwe through to the Martinschlössl, which are frequently located in basements, is not to be overlooked.

Axel Melhardt is the ever enterprising and loveable manager of Jazzland. The vaulted cellar beneath the oldest church in Vienna is also the city's oldest jazz club and enjoys an internationally outstanding reputation. Another amazing fact also delights: "Vienna has finally done it - no other city in the world has as many seats in jazz clubs per head of population as the metropolis on the Danube."