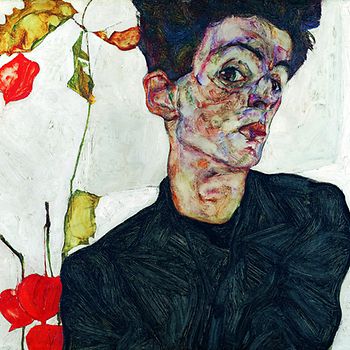 How Egon Schiele's works continue to cause a sensation and excite feelings 100 years on.

Around 1900, Egon Schiele dared to do what still causes excitement today: Present nudity in explicit and stark terms.

A hundred years later, his works touch a raw nerve, even in a seemingly enlightened society. Schiele's expressionist display of naked bodies is obviously still too daring - the advertising for the anniversary year of Vienna Modernism in 2018 led to a ban on his nudes being shown unclad in public.

Art is not allowed to do everything everywhere

In order to advertise probably the most important epoch of art and culture in Vienna and its most celebrated representative, it was originally intended to stage nudes by Egon Schiele in German and British cities in a big way. His world-famous works were to adorn large billboards, whole building walls and citylights in all their glory and question whether Schiele's art, one hundred years after his death, is still perceived by society as being too daring to span the arc to the hear and now.
Entirely feasible in Vienna but impossible in London, Hamburg or Cologne - what was planned as an incitement to engage with the art and cultural offering of Vienna Modernism was rejected by advertising marketeers in both countries due to rules governing morality in the public domain. The works could not be shown in the original as planned.
After many experiments with different kinds of covering, a large version was chosen to satisfy all demands so that one of the greatest artists of his time could even be advertised in the public domain.
These stipulations also provided the answer to the question asked in the campaign: Schiele's art is still too daring for many people today.

In keeping with the spirit of Vienna Modernism, Vienna wants to stimulate discourse and revive that very spirit. Ultimately, however, the fact that no original depictions of Schiele nudes are allowed to be shown in Germany and England should even more strongly stimulate a discussion about the boundaries of art, the different moral codes in public and online as well as about the customs and values of our society. At #ToArtitsFreedom – following the slogan of the Vienna Secession, "To every age its art. To art its freedom" - the opinions and viewpoints of people will be collected on this topic on all social networks in 2018.

All info about this campaign and Viennese Modernism at www.viennesemodernism2018.info