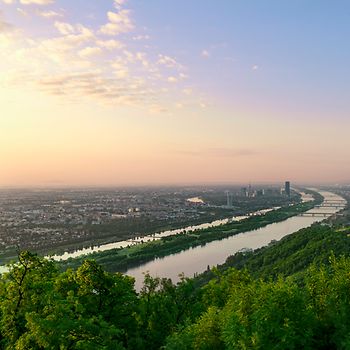 By boat and bike

drop anchor in Vienna either at the Nussdorf mooring in the 19th district or at the main mooring for the Vienna Danube Region at the Reichsbrücke in the 2nd district.

The Twin City Liner - a catamaran built specially for the Danube - runs four times a day during the warmer months between Schwedenplatz in Vienna city center and Bratislava.

Skippering your own motorboat into Vienna? Then the Vienna Marina is the anchorage for you.