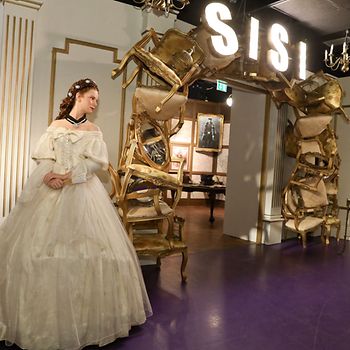 The world-famous waxworks museum Madame Tussauds is the highlight of the Prater, with over 80 wax figures and an interactive experience based on Sisi.

80 wax figures can be seen at Madame Tussauds on Riesenradplatz in Vienna's Prater. Emperor Franz Joseph and his wife Sisi, Wolfgang Amadeus Mozart, Falco, Maria Theresia and Gustav Klimt are just some of the local personalities and historic people to be seen on 2,000 m² of exhibition space (spread over three floors). In specially created interactive settings, you can also take an intelligence test against Albert Einstein, conduct the "Blue Danube" waltz with Johann Strauss or try to beat football legend Hans Krankl in a penalty shoot-out.

Talking of Sisi: The new 200 m² "Sisi Uncovered Experience" opens in February 2017. It reveals the unknown side of Elisabeth by taking a look at a day in the life of the empress. Ultra-modern technology with 3D animations and sensory impressions of smell and taste create an authentically real experience of Sisi and her time.

The wax figures of Madame Tussauds have fascinated people for more than 150 years. It takes three to six months to produce a figure. More than 500 precise body measurements and about 200 photographs are needed to capture even the smallest feature of a person in the most realistic detail possible. A total of 800 hours of work go into producing each of the wax figures costing around €200,000.

By the way: Taking photographs and selfies is expressly desired!