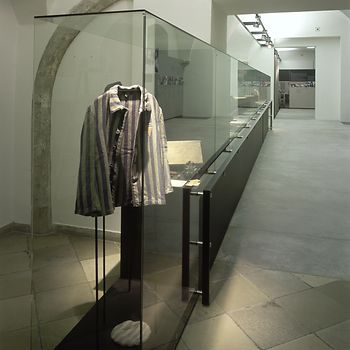 Archives of the Austrian Resistance

The Archives of the Austrian Resistance (AAR) deal with the gruesome Nazi past.

The AAR were founded in 1963 by former resistance fighters, persecuted individuals and dedicated scientists. With an extensive archive, numerous special collections, a huge library and a large photo archive on the history of National Socialism, it is a point of reference for researchers from all over the world.

The permanent exhibition in the Old City Hall documents the historical background of National Socialism, the resistance and persecution that took place in the Nazi era, and the revision of the Nazi past after 1945. The rise of the NSDAP, the "Anschluss" (annexation) of Austria to Nazi Germany, Nazi terror and the persecution and deportation of Jews are also topics, as are resistance, Nazi medicine, de-Nazification after the Second World War and right-wing extremism of today.

Two other memorial sites remember the darkest past of Austrian history: