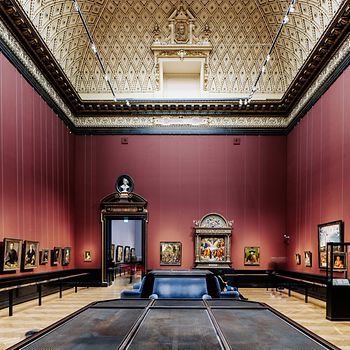 The Kunsthistorisches Museum (Art History Museum) was built in 1891 near the Imperial Palace to house the extensive collections of the imperial family. With its vast array of eminent works and the largest Bruegel collection in the world, it is considered one of the most eminent museums in the world.

Numerous major art works of European art history, among them Raphael’s "Madonna in the Meadow," Vermeer’s "The Allegory of Painting," the Infanta paintings by Velazquez, masterworks by Rubens, Rembrandt, Dürer, Titian and Tintoretto are housed in the paintings gallery. The Egyptian and Near Eastern Collection contains fascinating treasures from mysterious cultures long past.

The Kunstkammer Vienna (Chamber of art and wonders) with rarities from the former treasure chambers and cabinets of curiosities of the Habsburgs opened again in March 2013. The collection is one of the most significant of its kind in the world and displays precious artworks from the Middle Ages, the Renaissance and the Baroque era. The highlights are the collection of Emperor Kaiser Rudolf II, the exotica complex and the famous "Saliera".

The architectural mirror image of the Kunsthistorisches Museum is the Museum of Natural History on the opposite side, which was also built according to designs by Gottfried Semper and Karl von Hasenauer.