Vienna, the City of Music 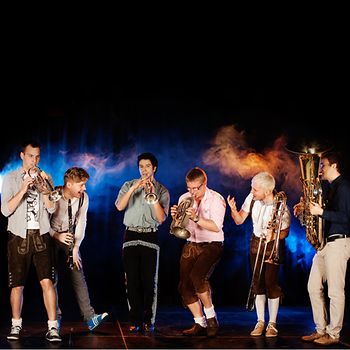 Vienna is a city with its own musical genre - the Wienerlied. Created around 1800, it is cultivated in every variety today, from traditional to contemporary. Modern Wienerlied bands like to flirt with other genres.

The Wienerlied spreads gemütlichkeit and humor and has the city of Vienna or something characteristically Viennese as its topic, such as love, death, wine and the city itself. Its emotional facets range from funny to sad, from romantic to furious.

The modern Wienerlied has space for debating the present, both musically and thematically. Artists such as André Heller, Karl Hodina and Roland Neuwirth began to mix traditional with modern music styles such as jazz or blues. Other well-known performers of new Wienerlieder are the writer and musician Ernst Molden, the chromatic harmonica player Walther Soyka and Viennese bands such as 5/8erl in Ehr'n or Wiener Blond.

Annual festivals make the Wienerlied accessible to a wide audience: wean hean is held on various Viennese stages in the spring, Wien im Rosenstolz in October and its offshoot Wien im Rosenstolz – Landpartie in May at Theater am Spittelberg.

The pleasure of listening to the Wienerlied can often be had in wine taverns. Authentic, real Wienerlied music is performed every Tuesday (except in July and August) at Heuriger Hengl-Haselbrunner. And the first Monday of every month is 'Schrammel' Monday in the Liebhartstaler Bockkeller, where the Neue Wiener Concert Schrammeln play traditional Schrammel music as well as new compositions and contemporary Wienerlieder.

The traditional Wienerlied tracks can best be heard on Radio Wienerlied or on a Wienerlied boat ride aboard the MS Vindobona.

The Viennese Dudler, a mixed form of yodeling and coloratura singing created in the 19th century, is unique - and even included on UNESCO's list of intangible cultural heritage in Austria. Agnes Palmisano is considered to be its leading performer and expert.