All sights from A to Z at a glance 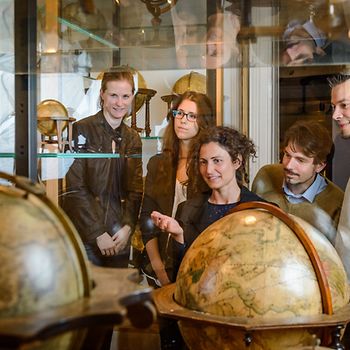 At the renovated Palais Mollard, you can view the only Globe Museum in the world as well as the Esperanto Museum.

This unique Globe Museum, housed near the Imperial Palace at Palais Mollard, presents 240 different original globes – of the earth and the sky, the moon and the planet Mars.

Here one can follow the development of cartographic and cosmographic knowledge and its influence on our picture of the world over the centuries.

At the Esperanto Museum you can learn about the artificial language Esperanto as well as other "planned languages" – and the admission is free ...