The World's Fair took place in Vienna 150 years ago. It was the driving force behind Vienna’s evolution into a truly global capital. And the city continues to benefit from the achievements of that time. A journey into Vienna’s past and its future.

The grand opening of the Vienna World’s Fair on 1 May 1873 got off to a bit of a bumpy start: heavy rain flooded the exhibition grounds at Vienna’s Prater park. The influx of visitors on the opening day brought traffic to a standstill. If that wasn’t enough, the landmark Rotunda building, then the widest domed structure in the world at 108 meters across, and lots of the pavilions were not quite finished in time. But that did not stop Emperor Franz Joseph from opening the World's Fair with the words "It is with lively satisfaction that I see the completion of an enterprise whose import and significance I fully appreciate". But “worse” was to come: rather than the 20 million expected, just 7.3 million visitors had passed the turnstiles by the time the exposition drew to a close on November 2, 1873. A cholera epidemic and a stock market crash shortly after the opening day kept many people from traveling to Vienna. The World's Fair tore a gigantic hole in the state's finances.

But in spite of its financial downsides, the World's Fair still paid off. For Vienna. The World's Fair (the first was held in London in 1851) was designed to be a showcase of technology and arts and crafts. Exhibitors from all over the world unveiled their latest achievements. People were looking at the world with fresh eyes. And for Vienna, the second half of the 19th century was already time of visionary thinking and new beginnings. Back then, foundations were laid that are still proving decisive for the high quality of life the city offers to this day: the inauguration of the First Vienna Mountain Spring Pipeline that brought crystal-clear spring water to the capital being just one of many examples. This technical masterpiece supplied Vienna with fresh drinking water from the mountains of Lower Austria and Styria over 95 kilometers away. The construction of no fewer than six new stations and railway lines suddenly made Vienna a Central European railroad hub. Public transportation and city tourism took off, while new hotels such as the Imperial and the Hansen Kempinski as well as restaurants and cafés such as Landtmann went up on the Ringstrasse boulevard. The first international trade and public congresses were held in Vienna. This Gründerzeit (literally “founders’ era”) period also saw the emergence of many museums and collections, which continue to be the envy of the world to this day. Traditional handcraftsmanship was a huge hit at the World’s Fair: specialist manufacturers such as J. & L. Lobmeyr (crystal) and Jarosinski & Vaugoin won highly coveted medals for their work. And the famous Strauss dynasty brought classical music to the masses.

In short, Vienna transformed itself from the ground up. And, thanks to the World's Fair, it became a cosmopolitan city with a new identity and spirit driven by urban planning, as well as a burgeoning center of economic, cultural, political, social and technical modernism. In an interview with the weekly newspaper Die Zeit in July 2022 (issue 27/2022) Max Hollein, director of the Metropolitan Museum of Art in New York, said:

"Vienna found its form – now I'm tempted to say: since the fin de siècle around 1900 or, more precisely, since the World's Fair in 1873 in the Prater."

Hollein is right. Even now, 150 years down the line, the Austrian capital is still reaping the rewards of the profound changes initiated back then. Crisp, fresh spring water still flows into the city via the same Mountain Spring Pipeline – something which will be celebrated in 2023. The urban planning of the time continues to facilitate city development zones to this day. Technology, progress and research are booming. The original railroad network laid out back then is still expanding. Today, the city is the most important overnight train hub in the European Union – and the perfect starting point and destination for sustainable rail travel. Vienna is still one of the most successful congress cities in the world. Despite the pandemic, the capital has managed to retain its leading role as a congress and meeting destination: the International Congress and Convention Association (ICCA) ranked Vienna first in its 2021 ICCA Ranking - Destination Performance Index (DPI) report, while the Union of International Associations (UIA) awarded the city fourth place in its 2021 congress ranking which came out in the summer of 2022. And the works of art created in the capital at the turn of the century are among the most valuable of all time (think Gustav Klimt).

But will what is being created in Vienna today still be around in 150 years? – Absolutely! Because Vienna is currently going through another phase of fundamental change and a new “founders’ era”. The city has been booming since the 2000s. It is growing all the time and the population is set to hit two million by 2028. New urban development zones such as Seestadt Aspern and Viertel Zwei, where up to 40,000 people will eventually live and work, are taking shape. In these new neighborhoods, the focus is on features such as decarbonization, sustainability, green spaces, jobs, culture, leisure and, naturally enough, contemporary living spaces. More than simply residential and working spaces, Vienna’s new urban districts are places that put living first.

To achieve this, all of these new areas have to be integrated into the public transportation network: with this in mind, an entire new subway line is currently being built in Vienna to provide sustainable and carbon-neutral transportation throughout the city all the way to the outskirts. Numerous new, modern hotels are also taking shape in the capital, ready to claim their rightful place alongside their counterparts from the era of the World's Fair, such as the Hotel Imperial or the Hansen Kempinski.

Numerous Viennese institutions have taken the landmark anniversary as a golden opportunity to explore the topic of the World's Fair. An early highlight will set the ball rolling at the Prater in spring 2023, when Panorama Vienna, a special new exhibition venue modeled on the original Rotunda building, opens. Standing 34 meters tall, inside it will display images that can only be fully appreciated as a panorama.

The 150th anniversary is also providing food for thought at the capital's galleries and museums: temporary exhibition Women at Work. 150 Years of the Women’s Pavilion at the Vienna World’s Fair will set the tone at the Vienna Museum of Technology. The Weltmuseum Wien, which has always had a room dedicated to the 1873 World's Fair, will also be running a special program to mark the anniversary. Meanwhile, at the MAK - Museum of Applied Arts a pair of exhibitions refer to 1873. The first explores the interest in Orientalism which was sparked by the Vienna World's Fair, while the other celebrates the work of one of Vienna’s most venerated traditional manufacturers J. & L. Lobmeyr. A prominent fixture at the 1873 World's Fair, the renowned crystal glass maker also had the privilege of providing various exhibition pieces for the Imperial Pavilion. Coincidentally, Lobmeyr is celebrating its 200th anniversary in 2023. In recognition of yet another jubilee, the city is marking 150 years of Vienna’s water supply with numerous events.

In addition, a special new Viennese music venue is opening in the historic Casino Zögernitz building – House of Strauss. Besides a museum dedicated to the Strauss dynasty, it will also be a venue for concerts and events. A brasserie will cater to every taste in the Strauss universe.

Japan and the Soybean

The Land of the Rising Sun will also be in the spotlight in 2023: the Vienna World's Fair was of greater significance for Japan than any other country, as it gave the nation the chance to present itself to the world on a grand scale for the first time. And the wave of Japonisme that it triggered made an indelible mark on art (and Gustav Klimt in particular) and crafts. Japanese gardens, Japanese cuisine and unusual museum exhibits are reminders of Austria's close ties with Japan, which remain in place to this day.

This special relationship also led to an almost forgotten quirk of history: it was at the World's Fair that Japan presented the soybean to the Western world for the first time. In 1873, Vienna was the hub from which the humble soybean would start its inexorable journey around the world. The first attempts to cultivate the crop were made in the grounds of Schönborn Garden Palace, where the Austrian Museum of Folk Life and Folk Art is located today. Various soybean-centric events will take place here throughout 2023. And the Austria Center Vienna will host the World Soybean Research Congress from June 18 to 23, 2023.

But for now, it’s back to the World’s Fair of 1873. Which was also a high-society event. 33 ruling sovereigns were on the guest list, including the Russian tsar, the German emperor and the Italian king. Emperor Franz Joseph visited the exhibition 48 times. The visit of the Shah of Persia, Naser al-Din – who had an entourage of around 60 in tow – was a small sensation in its own right. Emperor Franz Joseph put him up in Laxenburg Palace just outside Vienna. A move that he would soon come to regret. In true rockstar style, the Shah's entourage trashed the palace with extensive repair work required after their departure.

The food on offer at the World's Fair site also made the headlines, for all the wrong reasons. It was extremely overpriced and some of it had seen better days. The actor and singer János Szika, for example, complained that he was served a chicken in the English restaurant that “had abandoned all hope of ever being eaten and had simply slipped over to a state of decay."

These and many other stories help to keep the memory of the 1873 World's Fair alive. Sadly there is little left to see of it in Vienna. Its pavilions were torn down afterwards (only one pavilion in the Prater survived and is now home to the Federal Sculptors' Studios), and the landmark Rotunda burned down in 1937. The spot where the whole world showcased its achievements is now occupied by an ultra-modern conference center (Messe Wien), two universities (Vienna University of Economics and Business Administration and Sigmund Freud Private University) and Viertel Zwei, a successful urban development project that includes a historic harness racing track. It could be said that the energy of the World Expo lives on in these projects.

On the other hand, the spirit of the Vienna World's Fair is very much still alive: Vienna remains every inch a visionary city steeped in a spirit of optimism. It is impossible to imagine Vienna without the driving force of innovation. The only major difference is that nowadays the focus is on people. In 150 years from now, it will be up to others to evaluate what is being created here today. But I would like to venture a prediction all the same: in the future Vienna will continue to benefit from everything that is being created in this city right now. 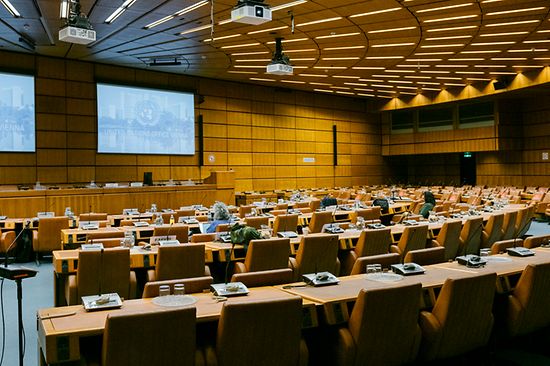 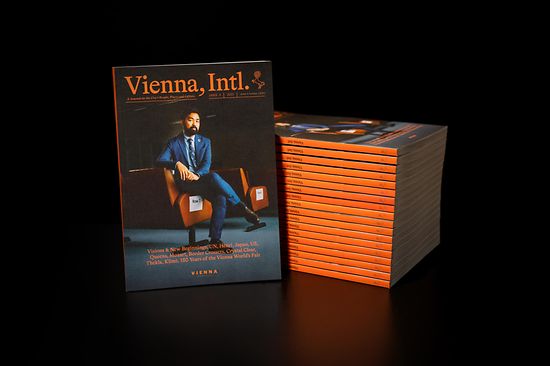 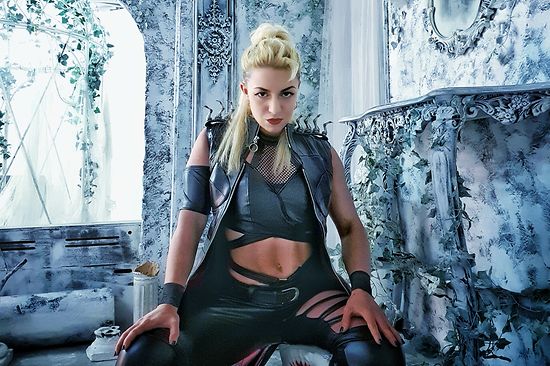 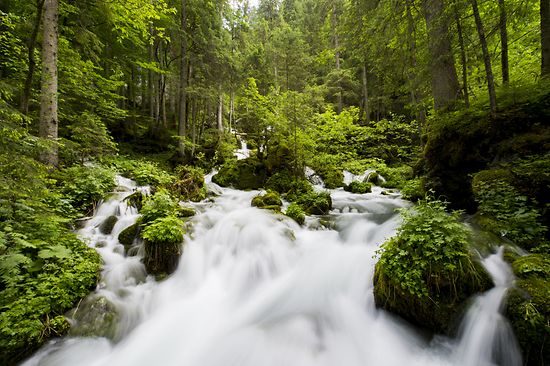 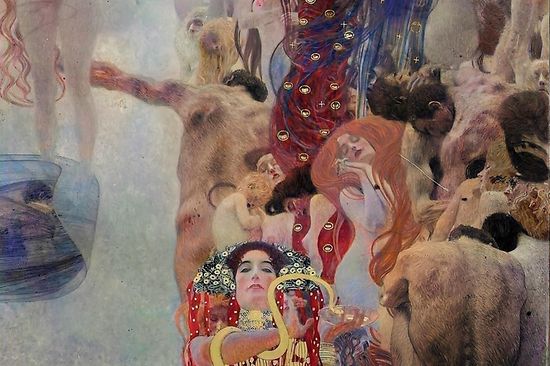 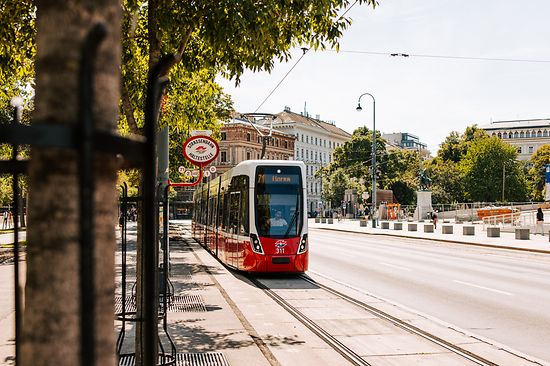 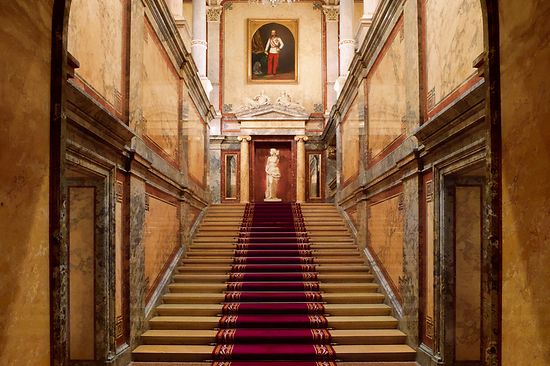 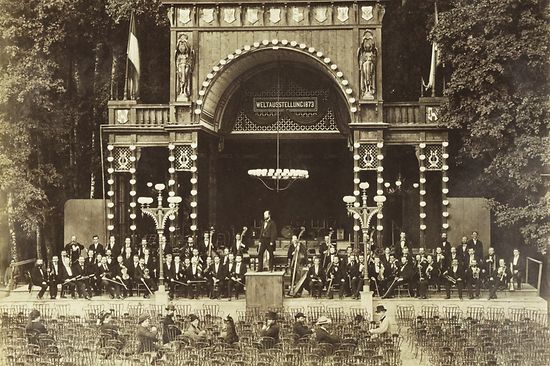 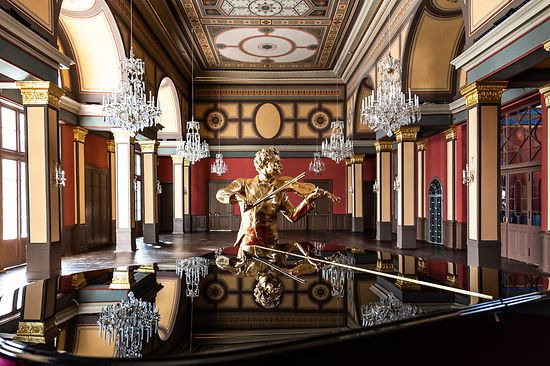 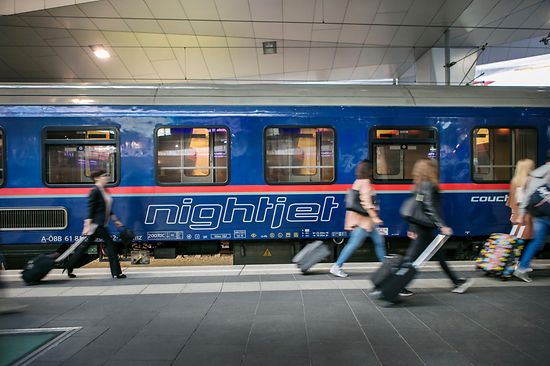